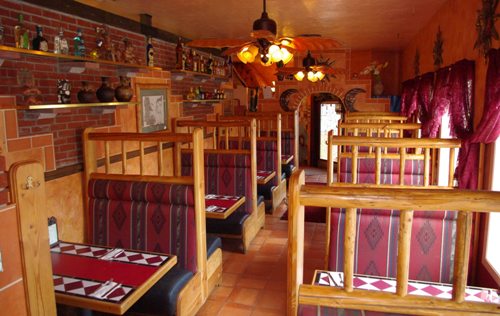 Founded in 1994 in Ferndale, Washington, Chihuahua Mexican Restaurant has been serving our customers with authentic Mexican cuisine for more than fifteen
years. With the capacity of 300 seats, we are one of the largest Mexican restaurants in Washington State. Our customers always find our dishes with great satisfaction for we have used our special recipes which have been handed down from many generations. So come and enjoy our food!


History
Alex Hernandez, owner of Chihuahua's, moved from Chihuahua, Mexico in 1984 with his three brothers where they started working in the roofing and concreting industries in Dallas, Ft. Worth. Alex moved to Seattle in 1985 and started to work at various Mexican restaurants. Starting at Azteca and then in 1986 he was a chef with the restaurant Mazatlan while working part time at the Sharis restaurant in Kirkland. He also worked at Las Margaritas in Woodinville before moving to Arlington where he was a waiter at the La Hacienda restaurant. In July of 1993 Alex opened his first restaurant in Port Angeles with seating for 60 people. He opened Chihuahua in Ferndale in September 1994 with a seating capacity for 75 people. Now he has enlarged Chihuahua to seat about 300 guests, with a bar, an outdoor patio, two dining rooms, and a parking lot with a capacity for 80 cars.
Powered by EDCInteractive.com